April was a busy traveling month for me because I had 2 back-to-back trips, one for NTC Tour in Jakarta and immediately after I landed in SG on the 17th April, J came to get me with the next luggage and off we headed to Davao City in Cebu Pacific Air! It was our first time in Philippines and I can guarantee this would not be our last! Those raves about how nice Philippines is were real! This was also that one chance we got to know more about the then-mayor of Davao City and now-president of Philippines – Rodrigo Duterte. :D

In December 2015, Cebu Pacific Air launched its new route directly to Davao and we were so privileged to be on this trip hosted by Cebu Pacific Air and the Philippine Department of Tourism, which very warmly brought us around. Cebu Pacific Air has flown ober 125 million passengers and counting since March 1996 and they are known for its very Filipino culture of fun through punny advertisements, inflight games and safety demo dances. 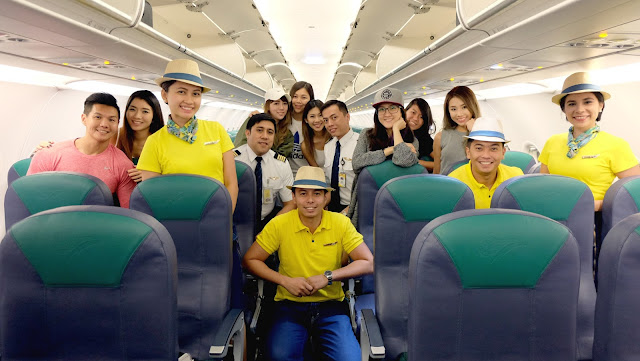 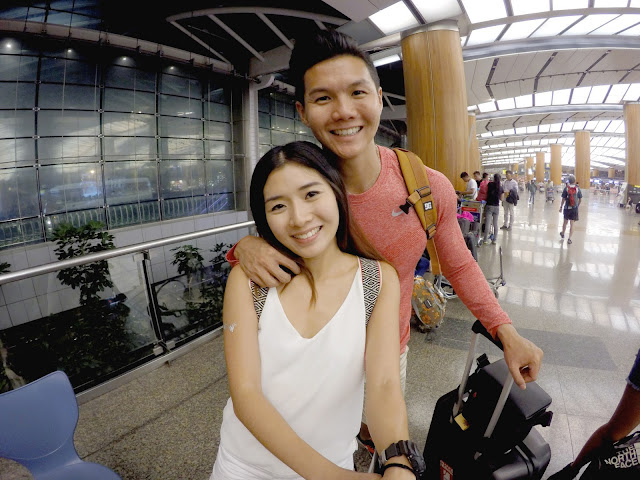 We gathered at the check-in counter awaiting the rest of the bloggers and I was having mixed feelings to be honest. I was really excited yet exhaustion was kicking in for real, after a long 4 days of non-stop working out, lol. 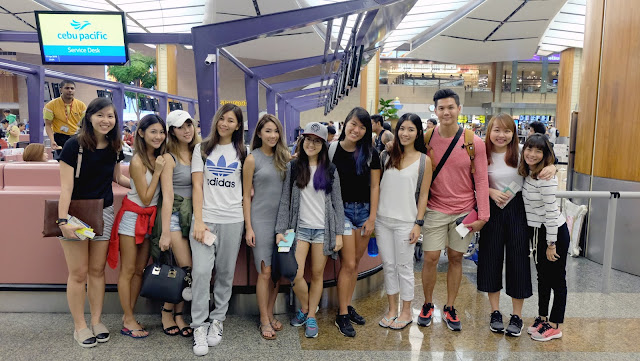 We boarded the plane shortly after checking in and I was starving by then! Our pre-selected meals were served as soon as the plane reached cruising altitude. Not too shabby for plane food, I quickly gobbled down the food before preparing for my nap! :P 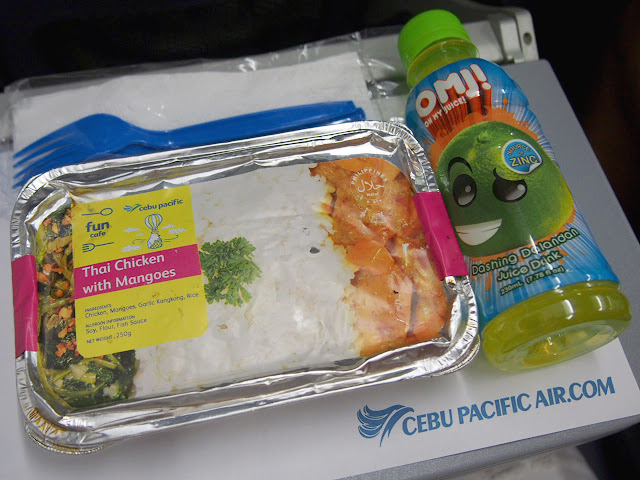 Cebu Pacific Air also distributed some blankets and inflatable pillows and the next thing I know, we arrived in Davao! Haha! 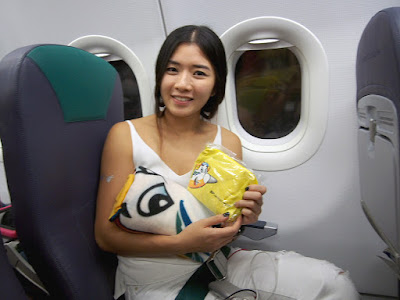 Davao is the gateway to the southern Philippines, a hub of commerce, industry and transportation in the southern Mindanao region. It is a premier eco-adventure destination, with many outdoor activities on offer ranging from river-rafting to sky-cycling. Tourists also often stop by Davao City to get to the nearby islands or highlands.

We arrived in Davao in the middle of the night at about 2-3am so we headed straight to Park Inn by Radisson Hotel to rest before a long day.

Woke up to a bright Monday in Davao and we were headed for Eden Nature Park after breakfast at Park Inn.

First stop at the Nature Park was the Butterfly enclosure. It was the first time I got so close to so many butterflies! 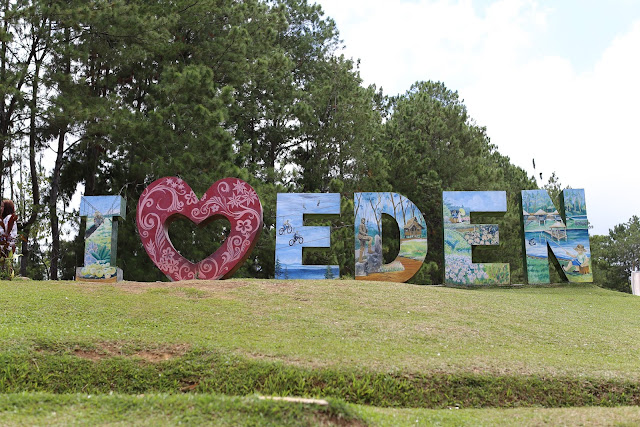 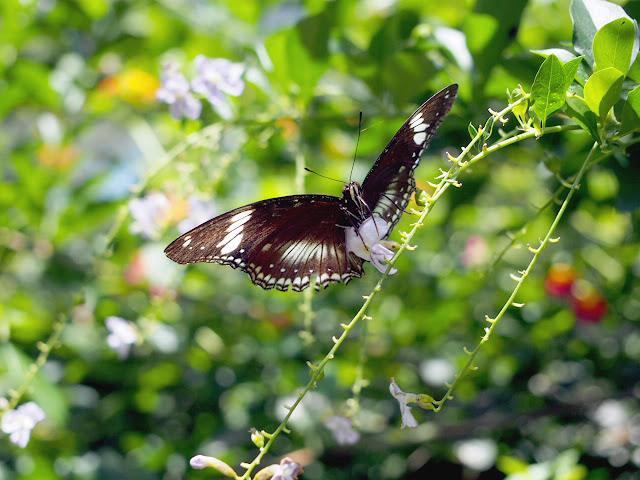 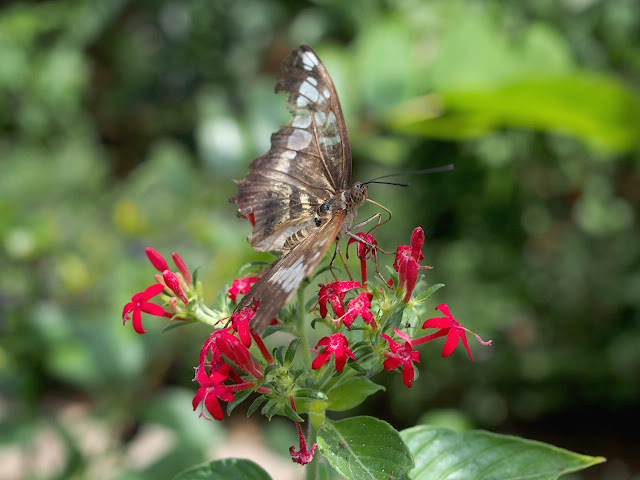 Applied some nectar on my finger after a butterfly conveniently rest itself on my arm, I wanted to capture a butterfly on my finger! And after countless tries, I finally got one! Super cool! 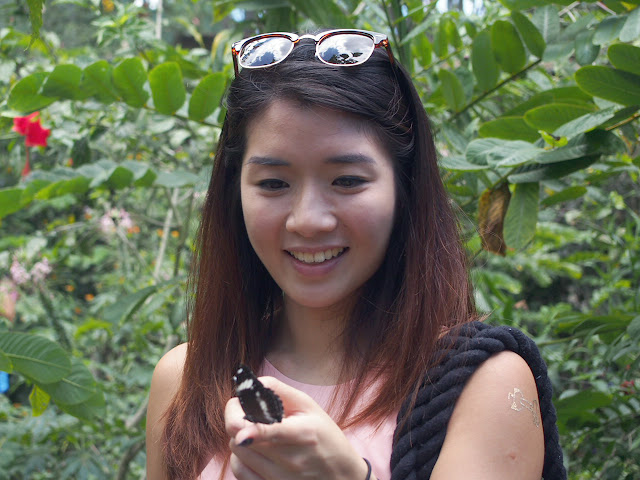 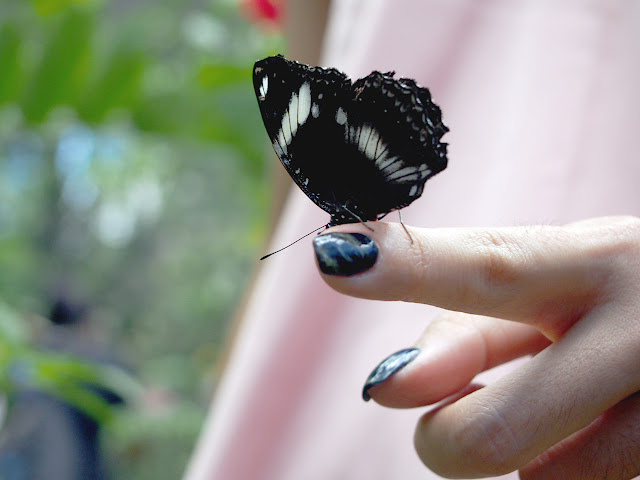 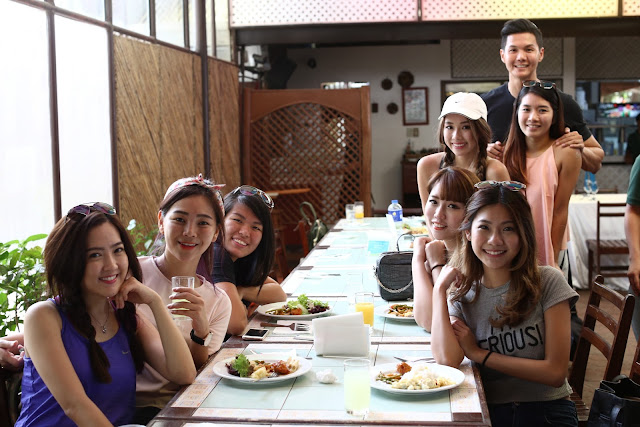 Went straight for lunch after visiting the butterfly enclosure. It was a buffet for lunch and we got some halo halo for dessert too! 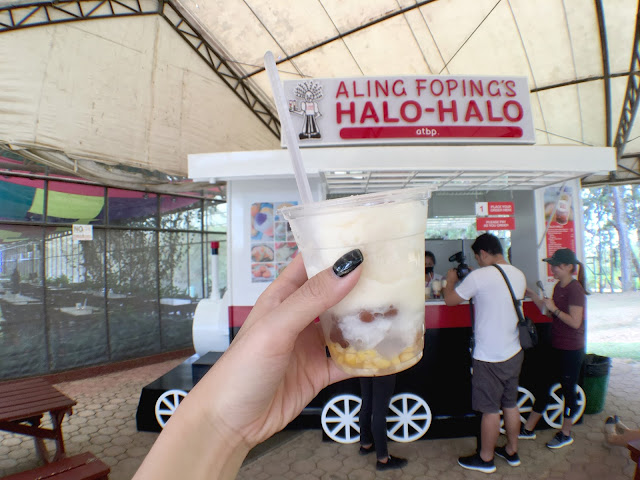 The halo halo is apparently really popular in Davao and its like their version of the Korean bingsu since its milky. Too sweet for my liking!

After lunch, we headed for a mini tour around the area and stopped by to look at some traditional bamboo houses. These houses made of bamboos are well ventilated and really windy and airy despite the scorching weather! 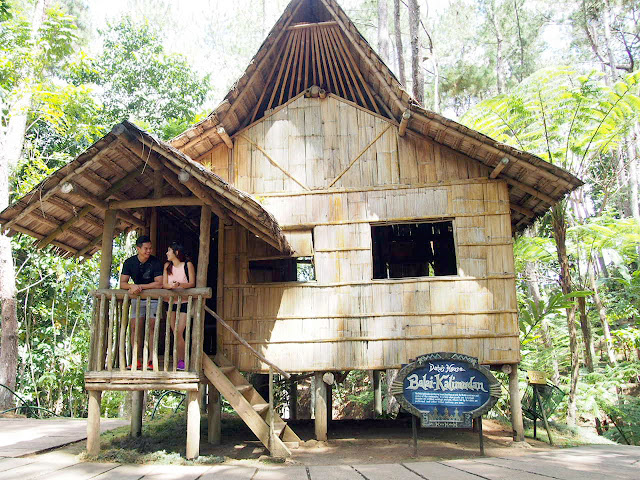 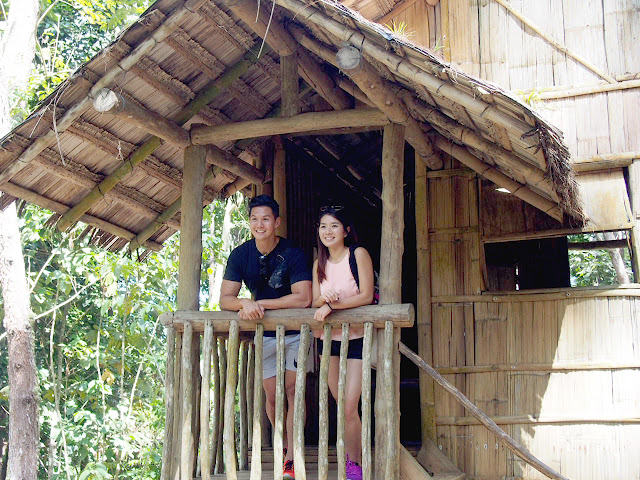 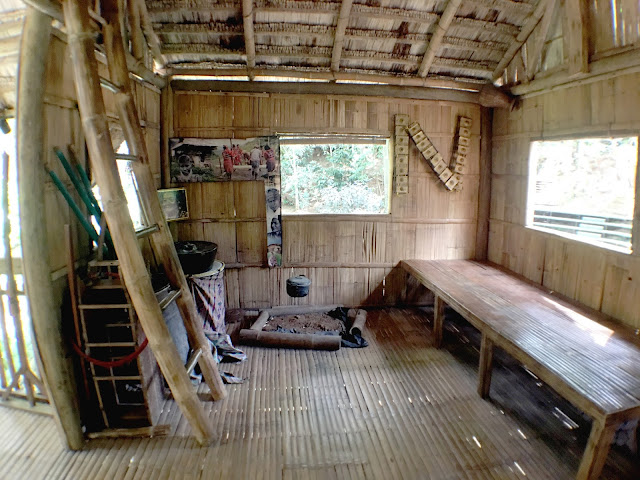 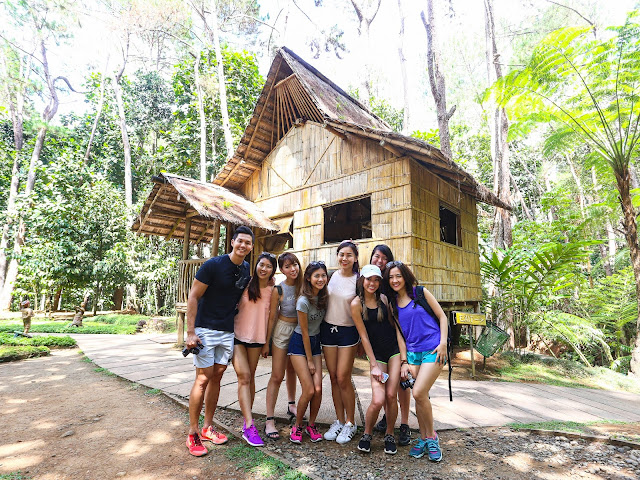 Stopped by some scenic spots to take some more photos before we headed to our long-awaited sky adventures! 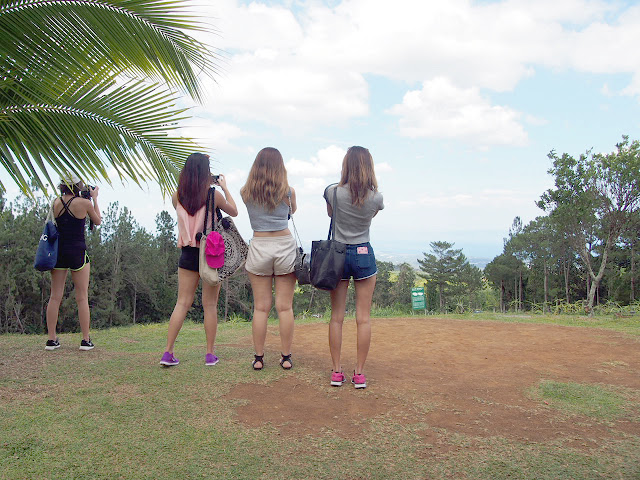 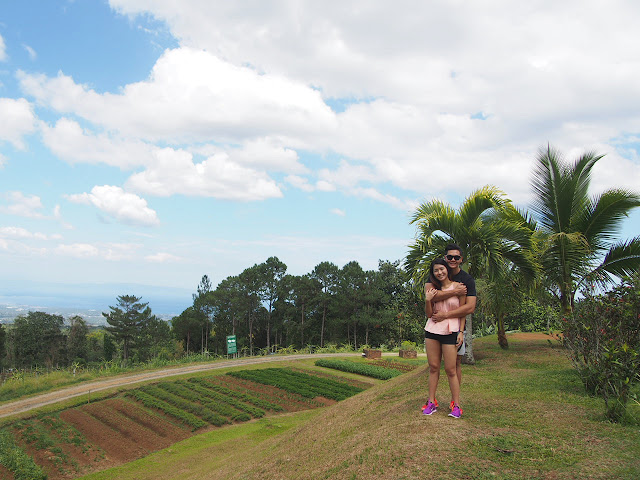 Got geared up and ready to sky cycle! We were suspended 60 feet high and traversing 200 meters back and forth! 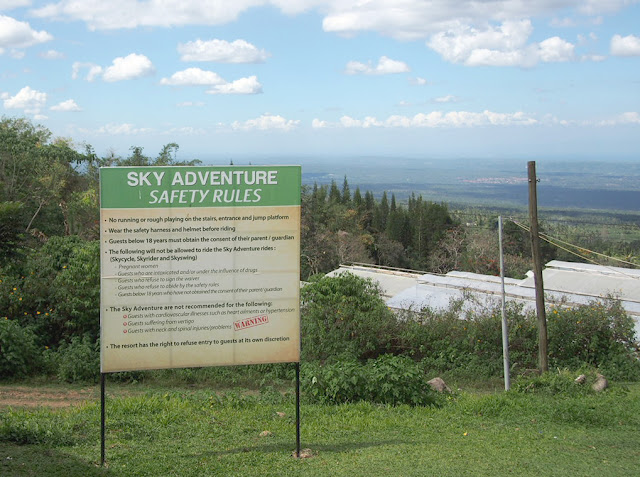 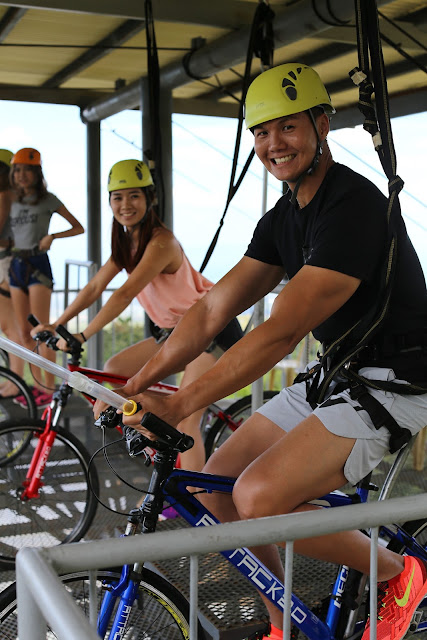 I was really nervous because I cannot even cycle on the ground! But I went straight for the sky instead! HAHA. I have no idea how I got the guts to say, “lets go!” I guess the trick is to not think too much and JUST DO IT! That was a #betterforit moment for sure! 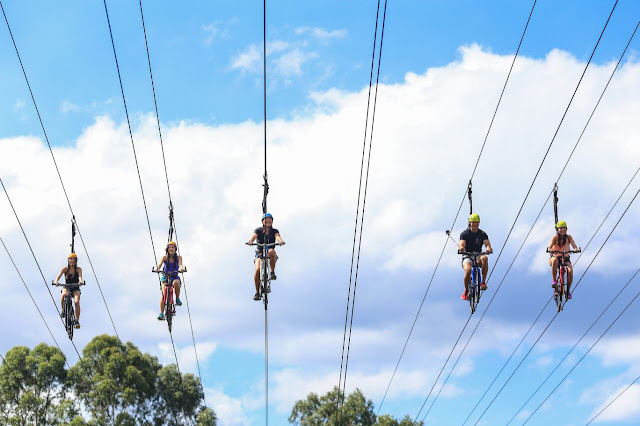 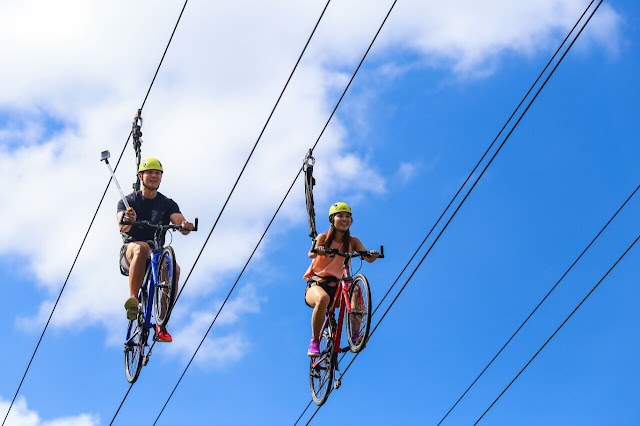 It was super fun! Not as bad as I thought, really and everything (inclusive of the sky rider) costs less than SGD10, its definitely a MUST-TRY!

Next up was Sky Rider and here’s a short clip of me on it. I took a shorter version of this zip-lining in Sentosa last November and I almost chickened out then. this time, I went, “OMG so fun I wanna do it again!”. Another #betterforit moment! :D

And we did it! Our first adventure done and dusted! What an experience! :D 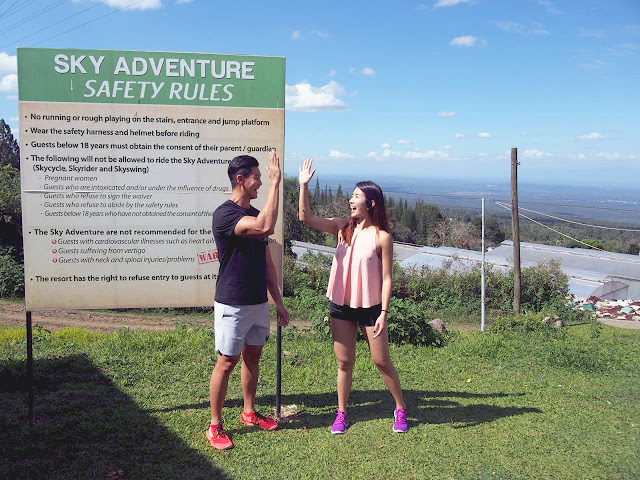 Do check out Jason’s blog (jasonjuliuslim.blogspot.sg) for the 2nd part of Day 1 where we checked out the Public Safety and Security Center (PSSCC) and had 10-way Tuna (J’s favorite) for dinner! I’ll be back for Day 2, till then! :D

We are also having a giveaway and you might stand a chance to win a pair of air tickets to Davao! Keep your eyes peeled on my Instagram (@limaranagustina) for more details on the giveaway!

Posted by Limaran Agustina at 09:32 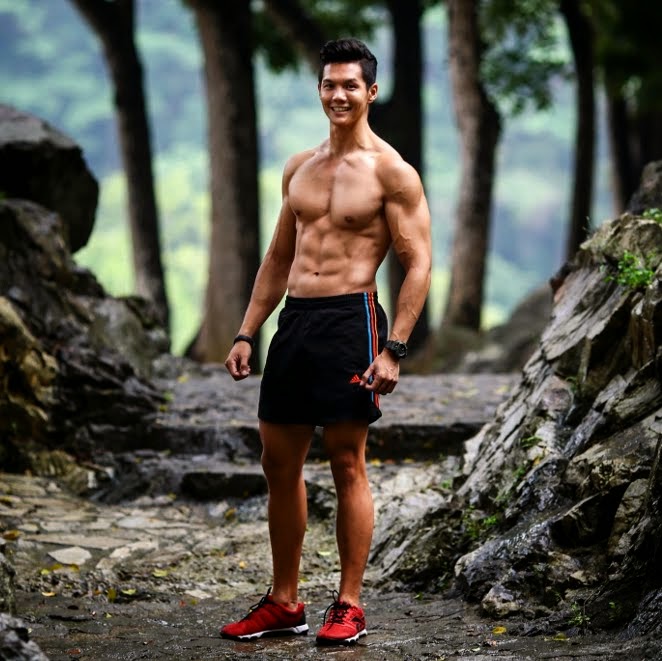 The love of my life, husband, mentor, role model, inspiration and motivation.
Click on his photo to link to Jason's blog! 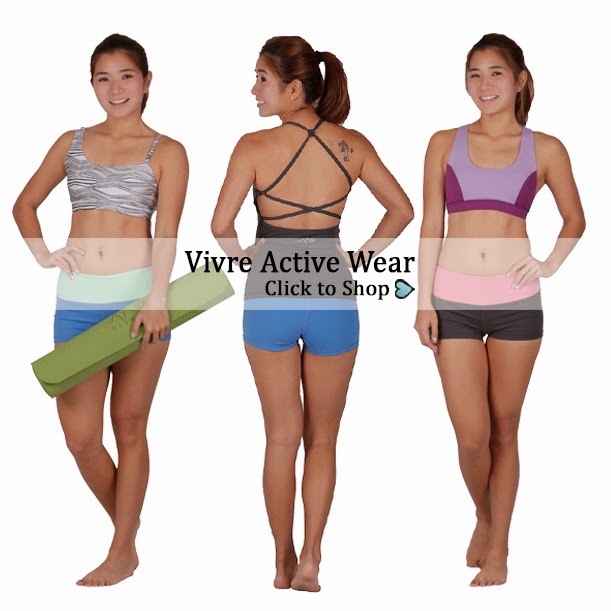 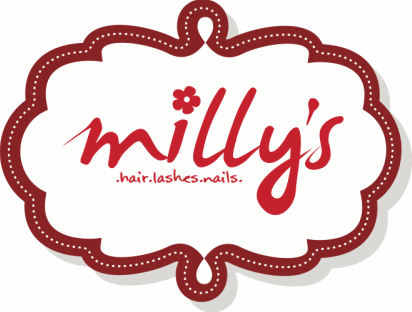